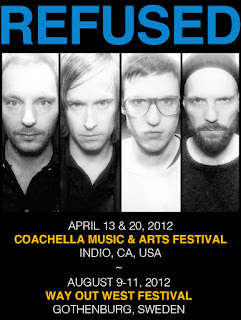 
Also, what do you think about this whole situation? Do you think Refused should be doing this by playing festivals or are they just too big for smaller venues? Similar questions with At the Drive-In... Also, does this mean that Ryan Gosling will eventually be introduced to skram gods Loma Prieta and join the CMHWAK community? Do you think he already lurks?